After the USA’s 2-1 win against Ghana, the US increased their odds of advancing to Round of 16 of the World Cup from 41% to 69%. With the win, the USMNT also doubled their chances of winning the World Cup — all the way to 0.58%. The US is now ranked number nine most likely to win, according to analytical simulations calculated by Chris McFarland of ShareDraft.com.

With the loss, Ghana’s chances of advancing have dropped from 20% to 7%.

In the odds for the other games played today and yesterday, the latest changes are:

2. Bosnia benefitted from the draw and their odds increased from 30% to 34%. Not much of an increase but it is a tight group.

3. Iran, perhaps strangely, are rated poorly enough that their odds of advancing remained the same after the drawn match. Why? They are the worst team in the group and Bosnia have already played Argentina.

4. Germany and Portugal. Germany was favored to win and did not disappoint. However, the margin of victory was a surprise and gave Germany a nice ratings boost because of a strong opponent. Germany’s odds of advancing increased from 80% to 97%.

5. The ratings don’t know about Portugal’s injuries or suspension. They are based only on match results. Even without adjustments to Portugal’s strength their odds of advancing drop from 49% to 27%. Still, despite the drubbing at the hands of Germany there is perhaps some reason for optimism for Portugal fans. 1 in 4 odds of advancing after a signficant first match loss is still pretty good.

6. Germany increased their odds of winning the World Cup from 5% to 8%. This increase came mostly at the expense of Brazil, since Germany is now almost certain to make the Round of 16.

7. The projected winners of Groups E and F solidified their positions. France has an 88% chance of advancing, up from 75%. Argentina was always going to advance, with their odds rising from 94% to 98%.

8. How much is a 93rd minute goal to win the match worth to Switzerland? An much as you would expect. Switzerland were just behind Ecuador in rating going into the match. Ecuador had a 62% chance of advancing overall and the Swiss were at 51%. In an alternate world, where the referee did not play an excellent advantage and the game ended in a draw, their odds of advancing were basically the same (63% for Ecuador / 50% for Switzerland). IN this world the goal was scored and Switzerland jumps all the way to 85% odds, with Ecuador dropping to 23%. 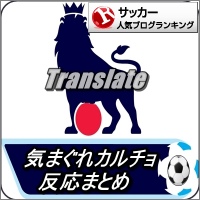